We are women who get things done.

We make a difference.

Do you want to join us?

We will be here, and have been for over 120 years.

Since its founding in 1894, the San Jose Woman’s Club has been dedicated to supporting the city’s cultural, educational, civic and community initiatives through charitable works and financial gifts including:

The San Jose Woman’s Club, one of California’s oldest women’s organizations, was established in 1894 as part of a global social movement of women’s clubs that combined self-improvement with voluntary community work, addressing needs that interested women, such as kindergartens, libraries, and parks.

Nine women gathered in downtown San Jose at Fannie Estabrook’s studio to organize their efforts behind various community projects. Realizing that a group could achieve far more than one person alone, their motto became “One for All and All for One.” Together they set off on what has become a notable history of accomplishment in cultural, civic, educational and charitable betterment.

San Jose Woman’s Club joined the General Federation of Women’s Clubs in 1897 and became a charter member of the newly formed California Federation in 1900.and formally incorporated in 1909.The group received a permanent charter as a non-profit organization from the state of California in 1959.

San Jose Woman’s Club members’ early efforts helped “Save the Redwoods.” The active support and participation by the club in the newly formed Sempervirens Club was critical to the preservation of the giant redwoods of the Santa Cruz Mountains, the creation of Big Basin State Park and the beginning of the California State Park system.

Members worked to help found San Jose Day Nursery in 1916. Joining with other women’s clubs throughout California, mission bells that still stand today were erected along historic El Camino Real. California women’s clubs also worked together to organize a statewide campaign to protect the redwoods in Humboldt County, purchasing a grove of ancient redwoods there.

In 1931, San Francisco architect Julia Morgan, who also designed Hearst Castle and Asilomar, designed a four sided hearth celebrating the principles of the women’s club movement that was installed in the grove. In 1939-1940 the Club established a Junior Woman’s Club for women between the ages of 21 and 39.

Club members originally met in homes, then moved to various downtown locations. By 1902 there were 81 members and the Club needed a larger space. The first venue was purchased in 1906 and was located at 43 South 3rd Street in San Jose. In 1929 the San José Woman’s Club built their current home at 75 South 11th Street. The building was designated as a Historical Landmark by the City of San Jose in 1986. Preserving the landmark Historic Venue was added to the Club’s mission in the early 90s.

As specified in the Bylaws, the San Jose Woman’s Club (SJWC) is governed by a Board consisting of 14 Directors. Eight of these Directors serve as Officers. 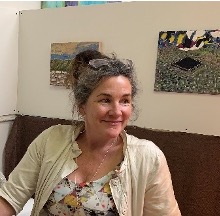 Christine Kraft – President. Christine joined the San Jose Woman’s Club in 2019. She’s a graduate of Smith College and Boston University and has a long career producing personal health stories across platforms. She’s trained as an integrative health coach and in Mindfulness Based Stress Reduction (M.B.S.R.). Today she is putting all of her creative interests together in order to build cross-generational communities of diverse women in the arts, tech, education and nonprofit sectors. She lives with her family in the Hanchett – Hester Park Historic District of San Jose.

Janis Gemignani – First Vice President and Treasurer. Janis joined SJWC in 2006, serving on the board beginning in 2007 in many roles, including Treasurer and President, and she is a member of the Be a Dear group. Janis is a financial professional with wide experience in corporate governance and building shareholder value. She is on the Board of her homeowners’ association and is a founding member of the Women’s Gathering Place.

Patricia Puentes – Second Vice President.  Patricia is Director, Senior HR Business Partner at PayPal. She is a long time SJ resident, Notre Dame Graduate, and OSU Alum. and has served on numerous local boards including Notre Dame High School, was past President of the Western International Human Resource Association, and PMAA (Personal Managers Association Aztlan.) Patricia holds a Masters in International Business and BS in Biology. She has an avid interest in international affairs and is a champion for Education. As an avid lover of global travel, Patricia worked abroad in Japan and has worked/travelled to 43 countries. Her experience with building business relationships while having fun will help SJWC grow to the next level.

Sandy Swirsky – Assistant Treasurer. Sandy is currently the Assistant Treasurer and has been a member since June 2011 when she retired from being a high school librarian. Sandy has previously served as a Director and Chairs the Antiques and Needle Arts groups. She is also a member of the Besse, Be a Dear, and Women Who Do Lunch groups. When away from the Club, she is an active square dancer, musical instrument collector, quilter and needle pointer.

Clorinda Sammis – House Manager. Clorinda joined the SJWC in 2019 because of the opportunity to be of service to others and meet like-minded woman. She is a member of the Woman Who Do Lunch Group. Prior to retirement she worked for over 30 years at various high-tech companies in the Silicon Valley. In her last position as Director of Finance and Administration she was responsible for IT, HR, Finance and Facilities. She looks forward to using the skills gained throughout her career to focus on house-related issues. She loves to travel, especially to Italy, wine tasting in the Paso Robles area and spending time with family and friends. Clorinda is proud that her grandparents arrived from Italy in the early 1900’s and settled and farmed in Los Gatos.

Lydia Patino – Recording Secretary. Lydia has been a member, Director, and past President of the SJWC since 2016. She is currently an Engagement Director at Experis where she manages Managed Service Engagements onsite at Cisco. She has a BA degree in Music Performance from San Jose State University and an MBA from University of Phoenix. She also is a certified PMP Project Manager. She lives in the San Jose Rosegarden area where she owns a 97-year old home that takes lots of loving care. When she’s not working on her home, she loves to travel, listen to live music, or help out at a friend’s winery.

Ann Calnan – Corresponding Secretary. Ann joined the Club because of her interest in the Best Furry Friends group. She holds a Masters in Transportation Management and currently serves as Manager of Environmental Programs and Resources Management for the Valley Transportation Authority. She previously managed the Marine Mammal Center on the central coast and currently serves on the board of the Santa Clara Valley Habitat Agency. In her spare time, she also volunteers at the Humane Society Silicon Valley. 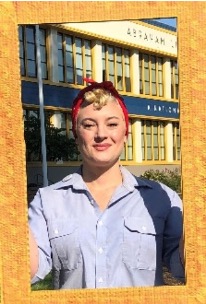 Lindsay Winslow – Director of Strategy. Lindsay has supported SJWC as an event captain and as the Office Manager. Lindsay has a BA degree in Art from UC Santa Cruz and an MA from Notre Dame de Namur University. She is in the process of completing her hours and training to be a Marriage and Family Therapist and Art Therapist. Lindsay co-authors a podcast about art therapy and has conducted research within the field of art therapy to contribute to the field’s recognition and growth. She grew up in Naglee Park and is passionate about continuing to support this community. 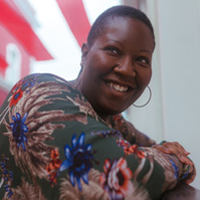 Marla Hunter – Director of Membership. Marla Hunter is the founder and president of Live.Love.Teach!, LLC, a global education consulting firm. She has worked with many global organizations, and has presented to numerous leaders, to help create more inclusive organizations. Marla is an expert in providing training in: DEI (Diversity Equity & Inclusion) with a focus on unconscious bias, cultural competence, inclusive leadership, women’s advancement, authentic leadership, and allyship; EdTech; Teacher Selfcare; and Math Talks. She is also an avid curriculum developer and instructional designer who has taught in Nashville and Memphis, Orlando, and currently San Jose. Marla Hunter has also taught and mentored internationally, in China (Shenzhen), Nigeria (Abuja), and the UAE (Al Ain). When she’s not at work as a Secondary Instructional Coach and Induction Mentor, you’ll find Marla working with Downtown College Prep’s DEI Committee, at the pool coaching private swim lessons (which she’s been doing for 20+ years), working with educational companies and living a “Life of Yes”.

Edwin Aoki – Director of Technology and Infrastructure. He joined the Club earlier this year. Edwin is a Vice President and Technology Fellow at PayPal, where he acts as the company’s Chief Architect. He leads the Strategic Architecture Team, tasked with defining the company’s long term technical road map and enabling the technologies that will allow the company to change the future of money. In this role, he also oversees accessibility and Global Technology Education. Prior to joining PayPal in 2010, Edwin spent 13½ years at Netscape and AOL as Technology Fellow and Chief Architect, overseeing architecture and technology strategy for many of AOL’s consumer facing products, including instant messaging, mail, mobile, enterprise and developer programs. Edwin’s earlier roles include positions with Intuit, GO Corporation, and Apple Computer. Edwin is a published author and enjoys the Bay Area’s abundance of good food, great wine, and opportunities to enjoy the natural world. When he’s not at work, Edwin is involved with wildlife conservation and likes to spend time with big cats.

Lynda Sereno – Director of Public Relations. Lynda has been involved with the San Jose Woman’s Club since 2009. She is the PR Chair and has served on the Board as the Director of Technology from 2010 to 2014. Lynda was first attracted to San Jose Woman’s Club because of the beautiful building but quickly discovered a group of like-minded women and a history of women making a change in themselves and their community that has kept her wanting to see the Club grow and prosper. Lynda is retired from a career in software development focusing on technical writing and user interface design. She has previously served as President of Silicon Valley Webgirls from 1997 to 2000, and Publicity Chair for Bay Area Computer Human Interface (BAYCHI) from 2002 to 2004. She lives in downtown San Jose. 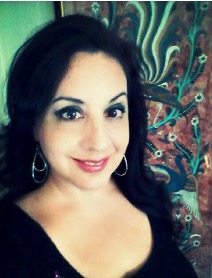 Darlene Sanchez Tenes – Director of Outreach. Darlene is a Marketing and Latino Lifestyle Expert who has served on the Board of Directors for Catholic Charities, Silicon Valley Boys & Girls Club, San Jose Police Foundation, People Acting in Community Together (PACT), as well as on Advisory Committees for San Jose Rep, One Economy/E-bay Foundation, The San Jose Mercury News Latino Advisory Committee and the San Jose Job Corps. Darlene has mentored youth for years at Santa Clara County Juvenile Hall and The Role Model Program. Ms. Tenes was the founder of BRAVO Toastmasters, one of only six bilingual groups in the nation, and was named Toastmaster of the Year in 1999.

Lynn Brown – Director of Grants. Lynne has participated in many community activities in her 33 Years in San Jose. As an art supporter, she is a past Trustee of the San Jose Museum of Art, and currently serves as the Chair of the Noon Arts and Lectures Board, and a member of the San Jose Arts Commission. She is also a community activist, working on multiple projects in County Districts One and Five, where she is a member of the Franklin McKinley Children’s Initiative, the Fairgrounds Heritage Foundation and the D10 Leadership Council. Dr. Brown, received her Ph.D from Purdue University. She and her husband have lived in Almaden Valley for over 20 years.

The initial meeting of the San Jose Woman’s Club was held on December 3, 1894 and Miss Frances (Fannie) Estabrook was elected chairman for the meeting. Nine members were elected to form a Board of Directors and the first officers were chosen from that Board. The first elected president of the San Jose Woman’s Club was Mrs. S. E. McNeil who took office the following month, January 1895.

Membership is only $90 per year ($60 seniors and students) and is open to all.

Groups meet on a regular schedule and provide information and friendship for members with shared interests.