The San Jose Woman's Club, one of California's oldest women’s organizations, was established in 1894 as part of a global social movement of women’s clubs that combined self-improvement with voluntary community work, addressing needs that interested women, such as kindergartens, libraries, and parks.

Nine women gathered in downtown San Jose at Fannie Estabrook’s studio to organize their efforts behind various community projects. Realizing that a group could achieve far more than one person alone, their motto became "One for All and All for One." Together they set off on what has become a notable history of accomplishment in cultural, civic, educational and charitable betterment.

San Jose Woman’s Club joined the General Federation of Women’s Clubs in 1897 and became a charter member of the newly formed California Federation in 1900.and formally incorporated in 1909.The group received a permanent charter as a non-profit organization from the state of California in 1959. 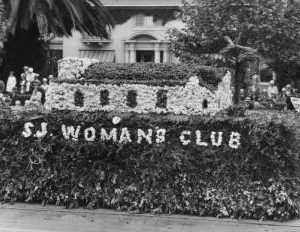 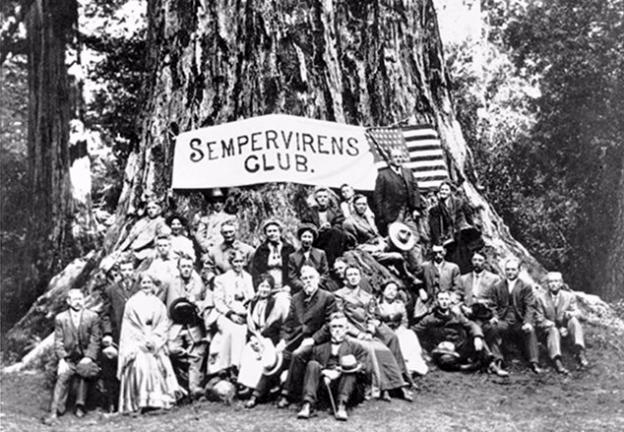 San Jose Woman’s Club members’ early efforts helped "Save the Redwoods." The active support and participation by the club in the newly formed Sempervirens Club was critical to the preservation of the giant redwoods of the Santa Cruz Mountains, the creation of Big Basin State Park and the beginning of the California State Park system.

Members worked to help found San Jose Day Nursery in 1916. Joining with other women's clubs throughout California, mission bells that still stand today were erected along historic El Camino Real. California women’s clubs also worked together to organize a statewide campaign to protect the redwoods in Humboldt County, purchasing a grove of ancient redwoods there.

In 1931, San Francisco architect Julia Morgan, who also designed Hearts Castle and Asilomar, designed a four sided hearth celebrating the principles of the women’s club movement that was installed in the grove. In 1939-1940 the Club established a Junior Woman’s Club for women between the ages of 21 and 39. 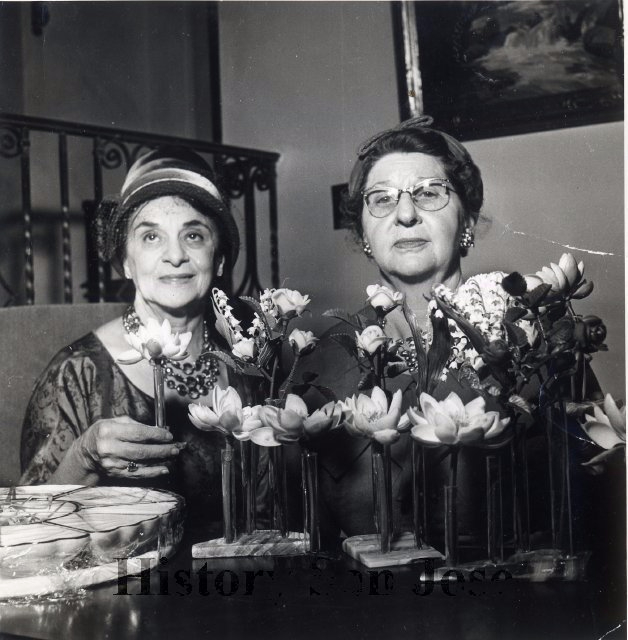 Club members originally met in homes, then moved to various downtown locations. By 1902 there were 81 members and the Club needed a larger space. The first venue was purchased in 1906 and was located at 43 South 3rd Street in San Jose. In 1929 the San José Woman's Club built their current home at 75 South 11th Street. The building was designated as a Historical Landmark by the City of San Jose in 1986. Preserving the landmark Historic Venue was added to the Club’s mission in the early 90s. Read more about SJWC’s landmark Historic Venue.